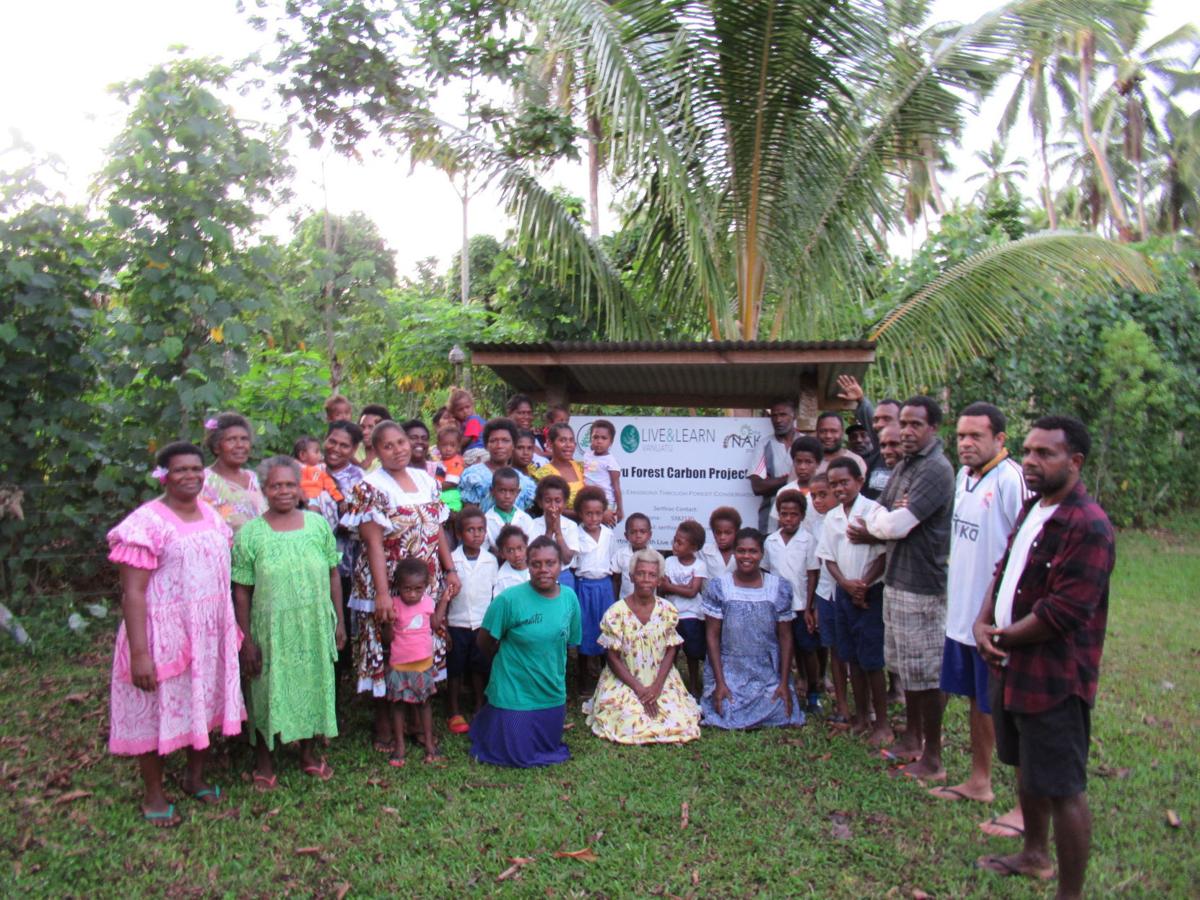 A family business on a remote island in Vanuatu has made history by receiving one of the United Nation’s most prestigious awards for their efforts towards ecosystem protection and climate resilience.

The Loru Project is a flagship project of the Nakau Programme. Nakau assists landowners to conserve forests and sell carbon offsets instead of selling timber. The initiative delivers community economic development while reducing poverty and vulnerability to climate change.

The Loru project has reduced approximately 15,000 tons of CO2 emissions to date and offers a powerful new model for forest carbon projects based on indigenous land rights and stewardship.

“We are so pleased to have this recognition,” says Ser-Thiac family member Serge Warakar, whose land is within the Loru Community Conservation Area, “We have worked for many years to secure and regenerate our forest.

The Loru Project has allowed us to earn income while protecting our forest. We have used this income for local employment, investing in agroforestry, paying school fees and to secure our water supply.”

UNDP Administrator, Achim Steiner said, “Every day, thousands of local communities and indigenous peoples around the world are implementing innovative nature-based solutions to mitigate and adapt to climate change.

The Equator Prize is both a recognition of their exceptional ideas and a way to showcase the power of people and grassroots communities to bring about real change.”

Ser-Thiac was one of 22 winners chosen from over 847 nominations across the globe. The four-stage selection process highlighted community-based approaches that can be replicated and scaled to address our climate crisis. Representatives of Ser-Thiac will travel to New York in September to receive their award.

“By investing the Loru Project, the private sector has shown a desire to support projects that reduce emissions and provide benefits to indigenous communities, states Anjali Nelson, Nakau Programme Co-Founder. “Ser-Thiac are leading in this area and provide inspiration that other communities can follow.”

Ser-Thiac has hosted representatives of other Pacific Island countries who are looking to learn from the Loru Project. In Vanuatu, the Nakau Programme works with Live & Learn Vanuatu. Nakau has also similar projects underway in Fiji and the Solomon Islands.

SPC/GIZ Regional REDD+ Project congratulates the Ser-Thiac family of the LORU Forest Carbon Project, Live and Learn and the REDD+ Vanuatu Programme for this achievement – one of the winners of the Equator Prize 2019.

The important role of forests

Aside from the devastating effects tropical forest loss has on biodiversity and forest-dependent communities, a major consequence of deforestation and forest degradation is the release of heat-trapping carbon dioxide (CO2) into the atmosphere. Forests provide vast carbon sinks that when destroyed emit CO2 into the atmosphere, either by burning or degradation of organic matter. CO2 is one of the most potent greenhouse gases and the primary component of anthropogenic emissions. The conversion of forests to other land uses is responsible for around 10% of net global carbon emissions. Solving the problem of deforestation is a prerequisite for any effective response to climate change.

Some background: Forests and Climate Change

What is climate change?
Climate change is caused directly or indirectly by human activity that changes the composition of the global atmosphere and is in addition to natural climate variability observed over comparable time periods.

What causes climate change?
More greenhouse gases are accumulating in the atmosphere and sends it back to earth. These gases occur naturally and keep the earth at a temperature that allows life to thrive.
However, human activities such as the use of fossil fuels, are releasing more GHGs into the atmosphere. Carbon dioxide is the main anthropogenic (manmade) GHG emitted.
As GHGs accumulate in the atmosphere, more heat is trapped and the temperature increases. This contributes to global warming which brings about changes in our climate.

Forests mitigate climate change
The Intergovernmental Panel on Climate Change (IPCC) calculated that the forestry sector contributes to 17.4% of total anthropogenic greenhouse gas emissions in 2004. Most of the 17.4% comes from the removal of forests.

Forests as a carbon reservoir
Because plants use carbon dioxide to build their plant cells, forests are like a big container of carbon. Carbon is stored in all parts of a tree in the plants growing on the forest floor, in organic matter on the ground and in the soil. This carbon storing capacity of forests make it a carbon reservoir or carbon pool.

Forests as a carbon source
The removal of forests will release vast amounts of carbon into the atmosphere as carbon dioxide. This makes forests a potentially large carbon source.

We can help reduce the release of carbon dioxide by
• Preventing the conversion of forestland to other land use types (like completely clearning a forest for agroculture)
• By reducing the degradation and destructive utilisation of our forests e.g. practice less destructive logging practices
• Conserving old and high value forests.

Global estimates of numbers of forest-dwelling and forest-dependent peoples vary widely, however the World Bank states that forest resources contribute directly to the livelihoods of 90% of the 1.2 billion people living in abject poverty. Of these, there are an estimated 500 million forest dependent people, 200 million of whom are indigenous peoples. Forests support the livelihoods of local communities who depend on forests not only for food, but for fuel, fodder for livestock, medicine and shelter. Whether in terms of communities most directly dependent on forest resources or people at the consumer end of international supply chains, forests are vital for the well-being of humanity and play a central role in poverty alleviation initiatives.

As it is often the poorest that are most susceptible to the adverse effects of climate change, reducing deforestation provides an opportunity to simultaneously tackle the problem at its source whilst helping to promote the resilience of those most vulnerable to climate change.

These services are essential for the well-being of people and the planet, however they remain undervalued and therefore cannot compete with the more immediate gains delivered from converting forests into commodities. Ecosystem services operate from local to global scales and are not confined within national borders; all people are therefore reliant on them and it is in our collective interest to ensure their sustained provisioning into the future.

By economically valuing the role forest ecosystems play in carbon capture and storage, it allows intact forests to compete with historically more lucrative, alternate land uses resulting in their destruction.

Within its remit, REDD+ has the potential to simultaneously contribute to climate change mitigation and poverty alleviation, whilst also conserving biodiversity and sustain vital eco system services.

A year later this was further elaborated on as the role of conservation sustainable management fo forests and enhancement of forest carbon stocks was upgraded so as to receive the same emphasis as avoided emissions from deforestation and forest degradation.

Finally in COP16 as set out in the Cancun Agreements, REDD became REDD+ to reflect the new components.

A – Reducing emissions from deforestation

B – Reducing emissions from forest degradation

What is REDD+ about?

Four components make up REDD+, they are:
• A national strategy or action plan
• A national forest reference level as the basis for accounting the
results of REDD+ activities
• A national forest monitoring system
• A system for reporting how all of the REDD+ social and environmental
safeguards are being addressed and respected throughout the
implementation of the activities Countries implementing REDD+ may
pass through three phases:
• The development of national strategies or action plans, policies
and measures, and capacity-building
• The implementation of national policies and measures, as well
as national strategies or action plans, that could involve capacity
building, technology development and transfer, and results- based
demonstration activities
• Results-based actions that should be fully measured, reported
and verified

Financial support for REDD+ may come from a variety of sources,
such as the public and private sectors and bilateral and multilateral
agreements. This funding may include payments for emissions
reductions achieved through the implementation of REDD+ activities.
These are called results-based payments. 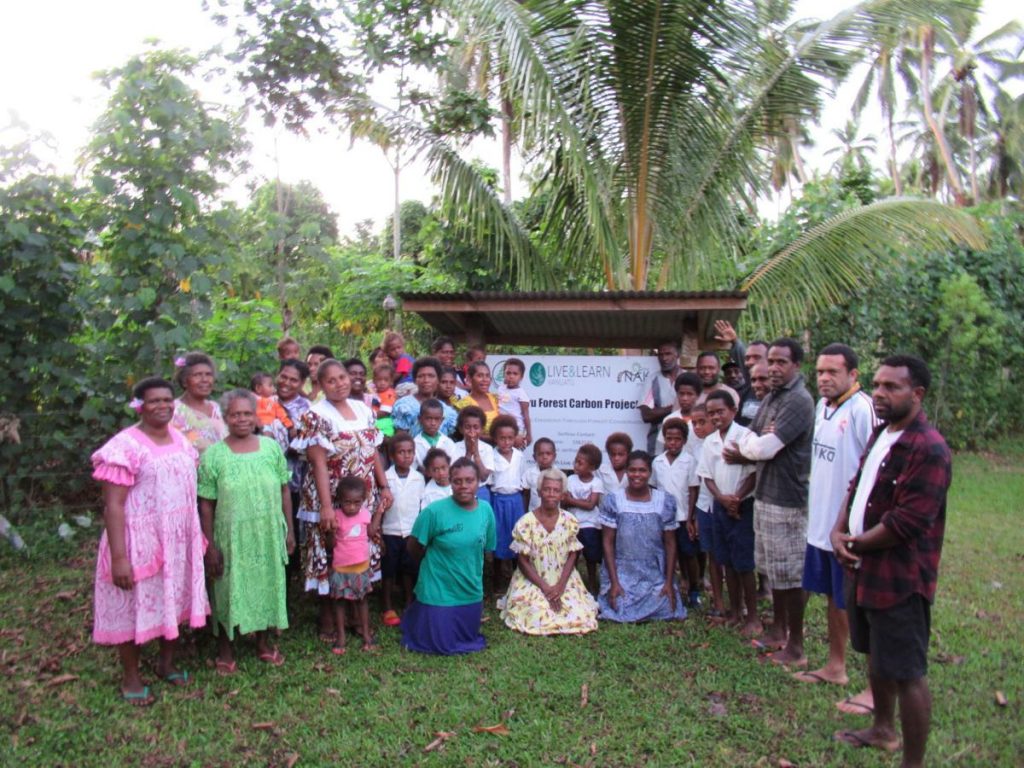